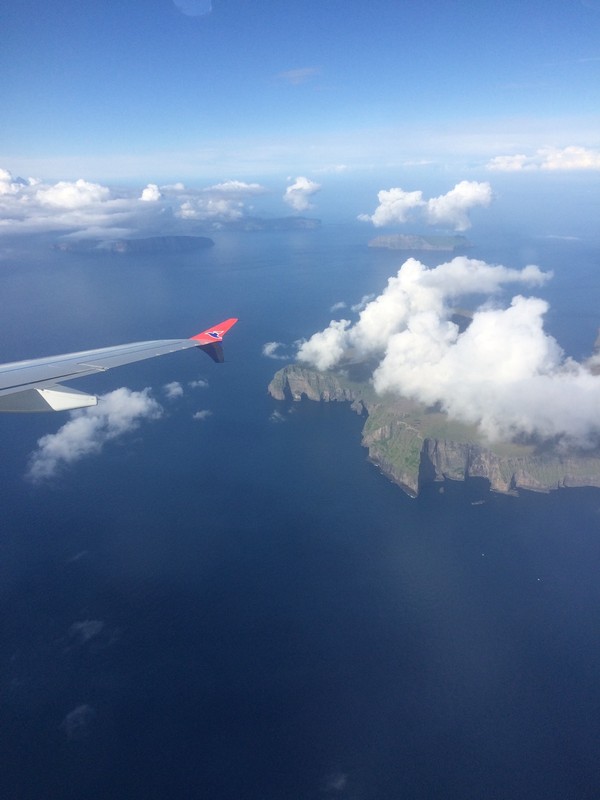 It is a rare event for me to travel on a “new” airline for the first time, but it just happened.

Yesterday I took Atlantic Airways’ 17:25 from Edinburgh to the Faroe Islands.

The 80 minute flight was a lot of fun, especially on approach to the airport at Vágar. Spectacular.

Atlantic has a fleet of 3 Airbuses - a 320 and two 319s - plus 2 Leonardo AW 139 helicopters, so its route network is limited. Bergen, Reykjavik, Copenhagen and Paris feature, as well as Edinburgh.

My Thursday flight was no more than half full and made the experience extra laid back and comfortable. Like most airlines tea and coffee are free, but a beer and a sandwich involves getting the wallet out. 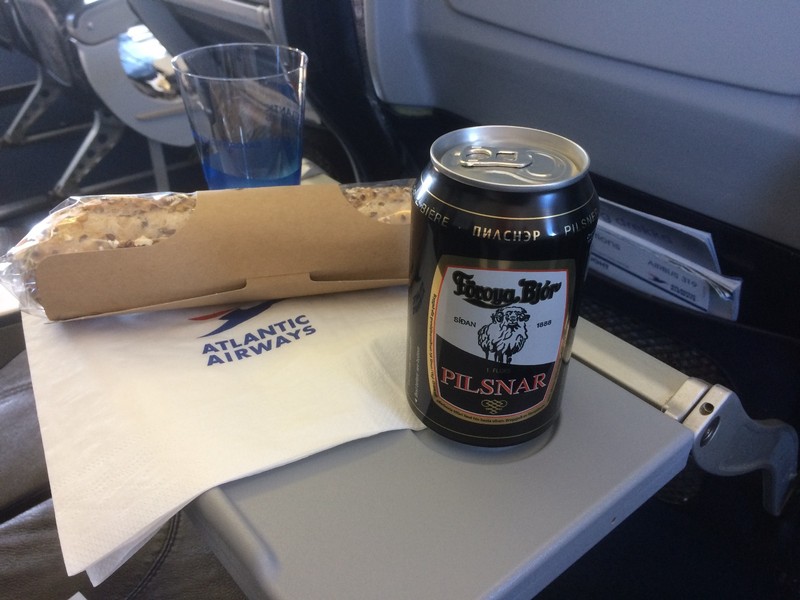 Mine set me back 70 DKK, but both were excellent. Yes indeed, an excellent airline sandwich! The filling was mostly salmon and that is a Faroese speciality, so my guess is the food was not loaded in Edinburgh.

We had great views of the Forth bridges just after takeoff and Burghead on the Moray coast as we headed north. 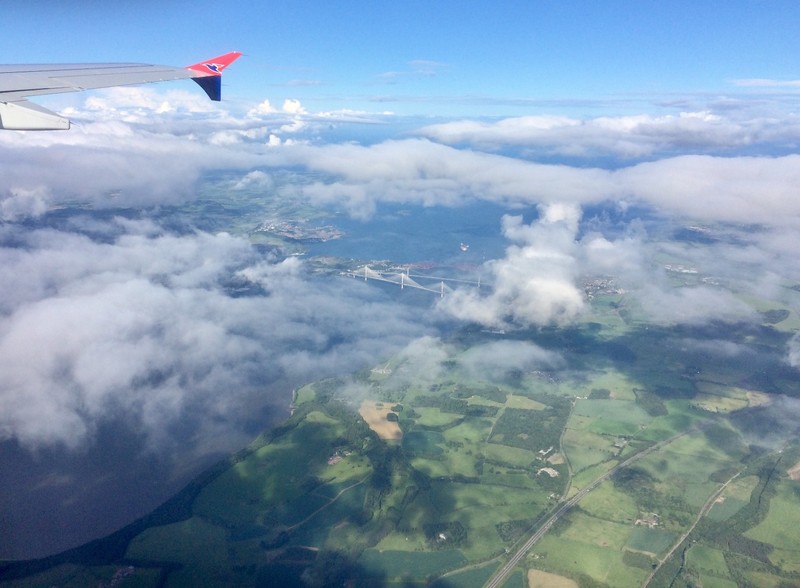 The sun was shining on the southern islands of the Faroes as we descended towards our destination. I had paid extra to book a window seat at the back hoping for this, but my expectations were exceeded by a long way. 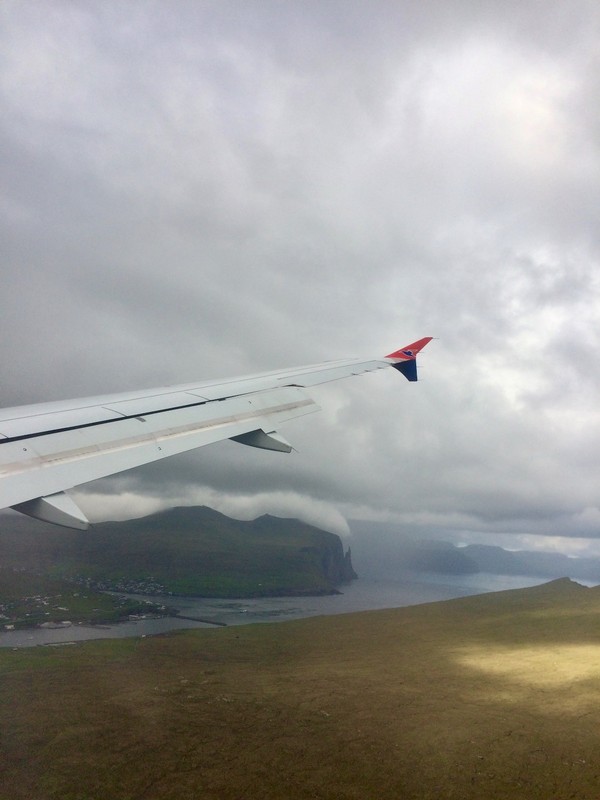 The weather was not so nice at Vágar, but the surrounding hills made it one of the most interesting landings. It was dry at the airport so we got into the terminal without incident!

As you might expect, it is a very small airport but new and (mostly) user friendly. 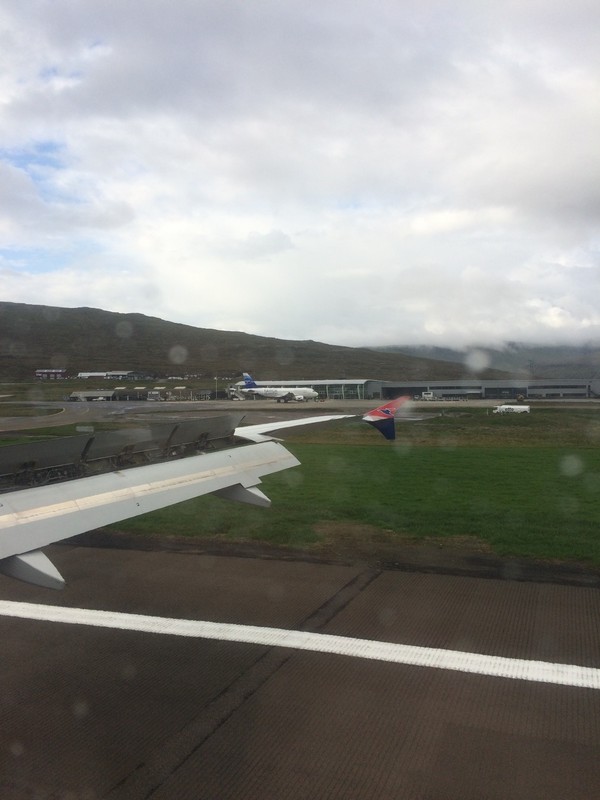 Vágar is the name of the island it is on, and from there to the capital Tórshavn (on the next island - Streymoy) is a 30 minute taxi ride. 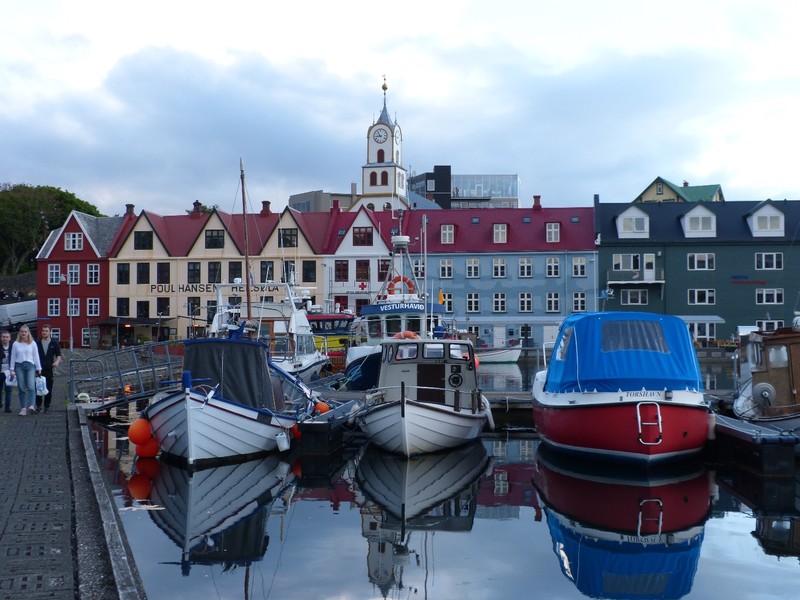 It was amazing too, and includes the 4.5 km tunnel between the islands.