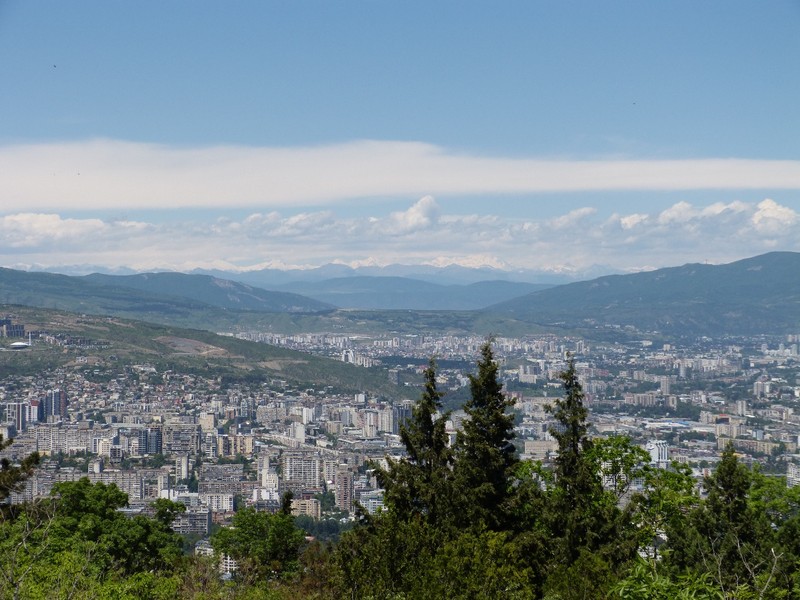 Well then… here are some details about the arrangements for my (first) visit to Georgia.

I flew with Turkish Airlines from Edinburgh to Istanbul, and then on to Tbilisi. I chose to break the journey in Istanbul, but (from memory) that was choice rather than necessity. The EDI/IST leg cost £280 and the IST/TBS one was £290.

It adds up to a lot of cash, but I know a ticket from Edinburgh to Tbilisi via Istanbul without a stopover would have been cheaper. I chose convenient flight times for the IST/TBS leg, and I know I could have found a ticket for £100 or less by going for off peak flights.

Georgian Airways has a small route network, but with flights to/from London, Brussels, Amsterdam and Paris, it is a credible alternative.

If you do choose to fly via Istanbul, remember the new airport there opened in April 2019. Atatürk is no longer used. The new airport is massive, and you have to allow plenty time to move between gates if you have a connection. On the other hand, the new airport is spacious and pleasant compared to Atatürk and so a longer layover would be a more civilised experience. 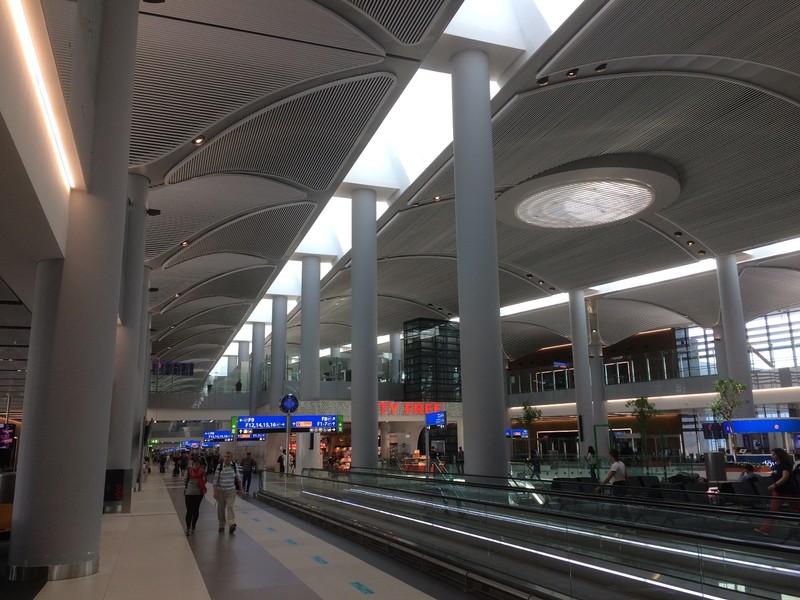 The new airport is a long way (26 km) north of the city, so if you are breaking a journey there a trip into the centre is now longer and more expensive. I was told a taxi from Sultanahmet would cost 150 TRY (£19.50 or €22.20) and it is safe to assume airport taxis charge more. My guesthouse organised transfers for me at €40 (£35) per trip. Another option is HavaIst, which operates a coach service between the new airport and the city centre. The Metro is being extended to reach the new airport.

It took just 30 minute to go to the airport on a Sunday morning. It took over an hour in the other direction during Friday night rush hour - even allowing for going against the flow of traffic.

Istanbul’s other airport - Sabiha Gökçen - also has several flights between the city and Tbilisi. Some are with Pegasus, and so much cheaper. It is a long way from the city centre too - on the Asian side. 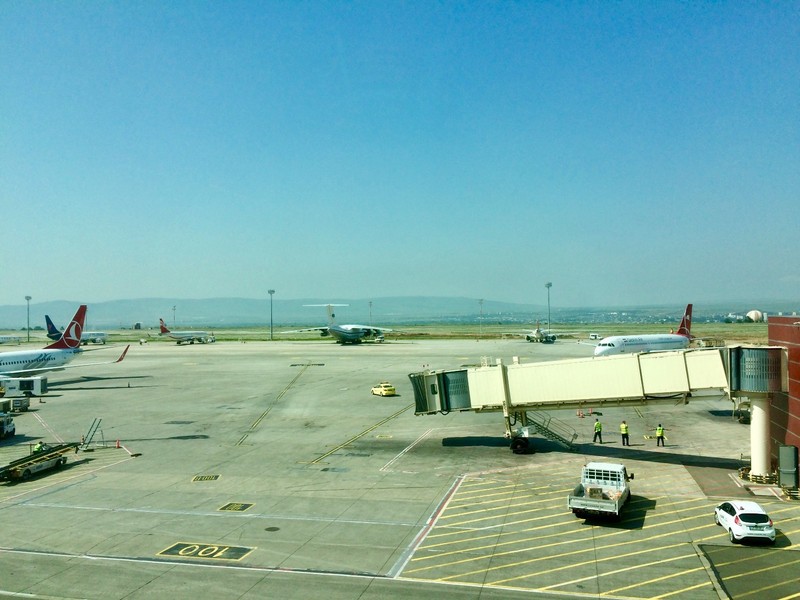 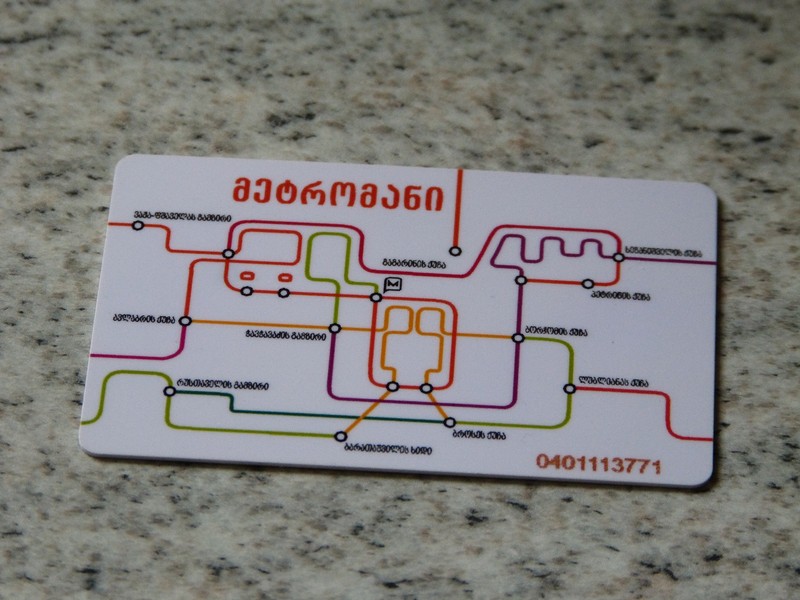 Then you just swipe it at the machine on the bus. Alternatively you can buy a single paper ticket for 0.50 GEL but you need coins and will not get any change. 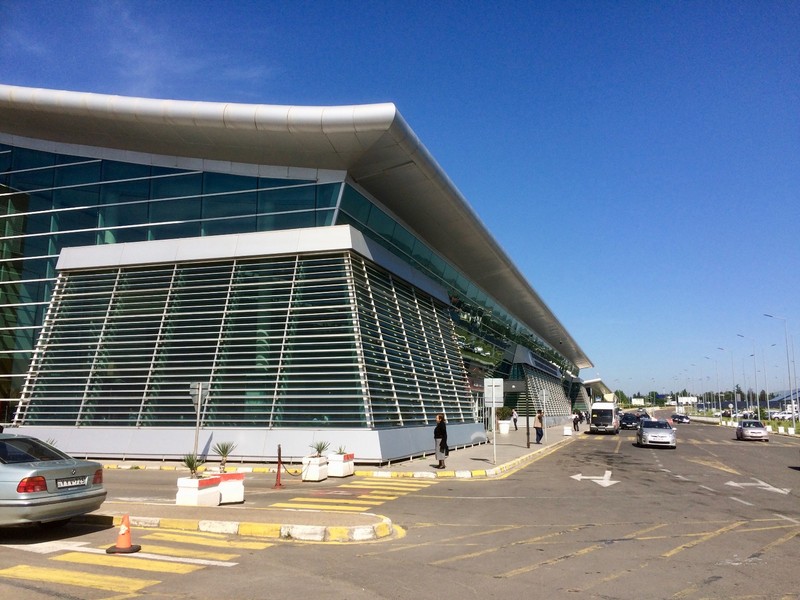 The Metromoney card is also used for the Metro and the cablecar to Narikala. Incidentally, locals refer to the cable car as the “ropeway” or the “aerial tramway”. It is a cablecar. Trust me. 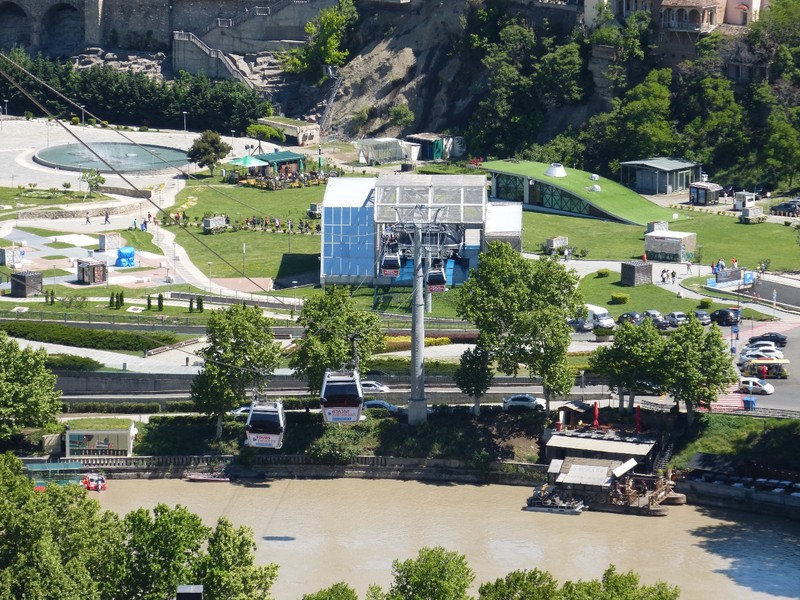 Do not confuse it with the zipline from Narikala into the Botanic Gardens. It is a zipline.

Metered taxis wait at arrivals at the airport. I did not use them, but word is the fare will be 30-50 GEL depending on which part of the city you go to, but prices increase after 11pm. Most city taxis are not metered, so negotiation is needed before getting in. This is normal. It what locals do. The driver will expect it. If he does not like the fare you are willing to pay, try the next taxi to come along. They will try to charge a tourist “premium”.

My apartment owner arranged for her father to pick me up and drop me off for US$15 each trip. I was delighted for them to be getting the extra cash.

My apartment was arranged through Airbnb. It cost me £160 for 6 nights, including a cleaning fee and the Airbnb charge. It was excellent in all kinds of ways. It was sparkling clean, quiet and comfortable. It gave me an insight into living conditions for locals. It was central - just 400 m from Freedom Square - and with shops and restaurants all around. 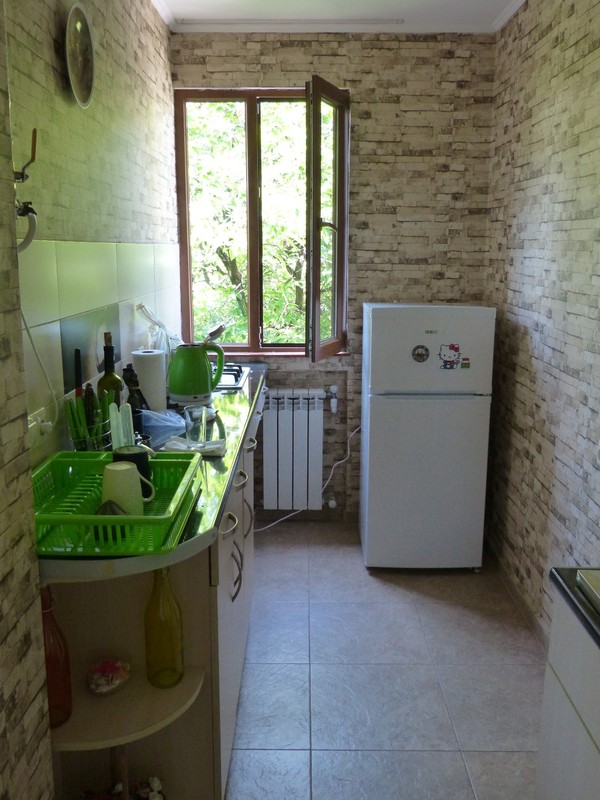 As for language, Georgian is the native language for Georgians. The minorities in the country may well speak something else as well (or instead of). English seems to be understood/spoken by most in the tourism/restaurant etc business whom I came across. I guess Russian is too, although my information had been Russian as a second language is for the older generation and English is what the younger generation learns. 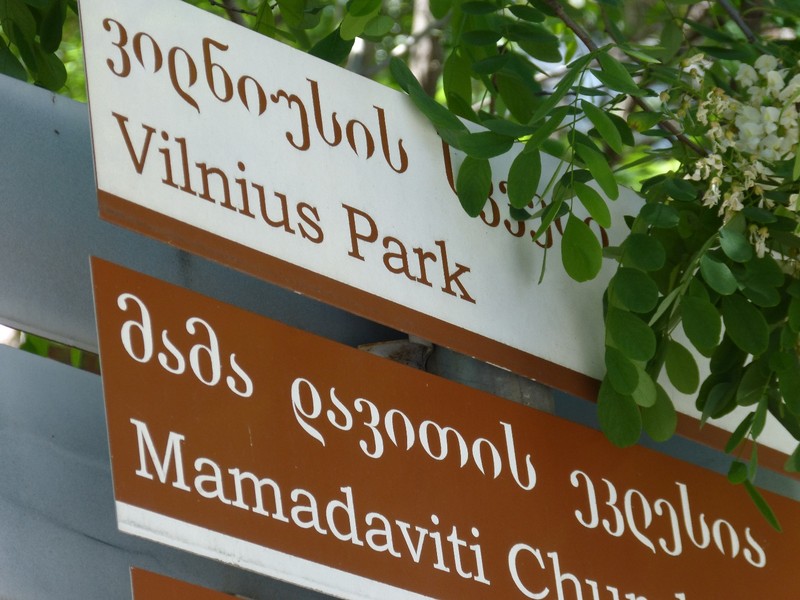 Service was excellent (with one minor exception) in my experience, however limited the communication was by language, and no-one need be concerned about the “Intourist School of Charm” type attitude.

I bought a couple of guidebooks for the trip. The Bradt one is more detailed obviously, as it only covers Georgia. Probably I would have left it at that but for the day out in Baku which I arranged. I bought the Lonely Planet guide mostly for the Baku visit, but it was useful for Tbilisi too. 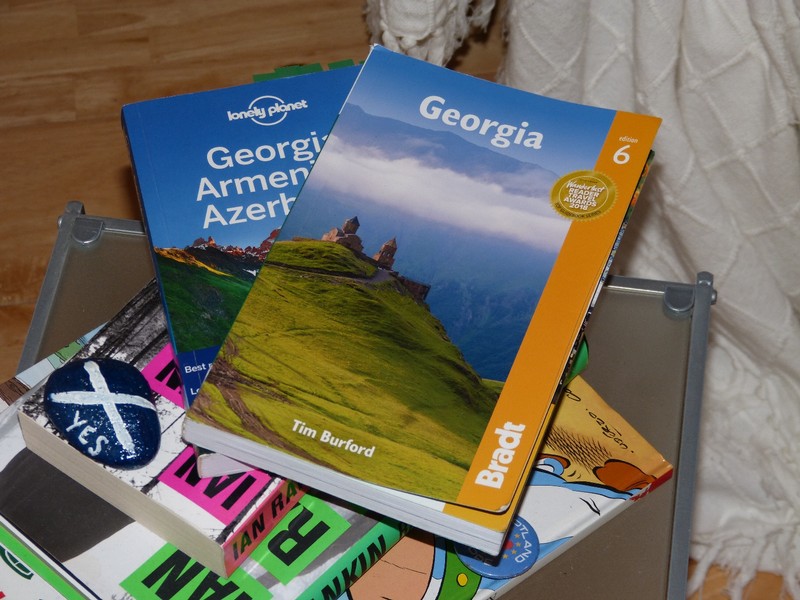 The Bradt one is particularly good for background - such as history - for a country so little known about in the UK.

My other source was Tbilisi in Your Pocket. Being online, but printable and/or downloadable, it was a great facility.

I have not included any tips on restaurants - it is such a subjective topic. I am ready to try eating almost anything, and not everyone is so adventurous.