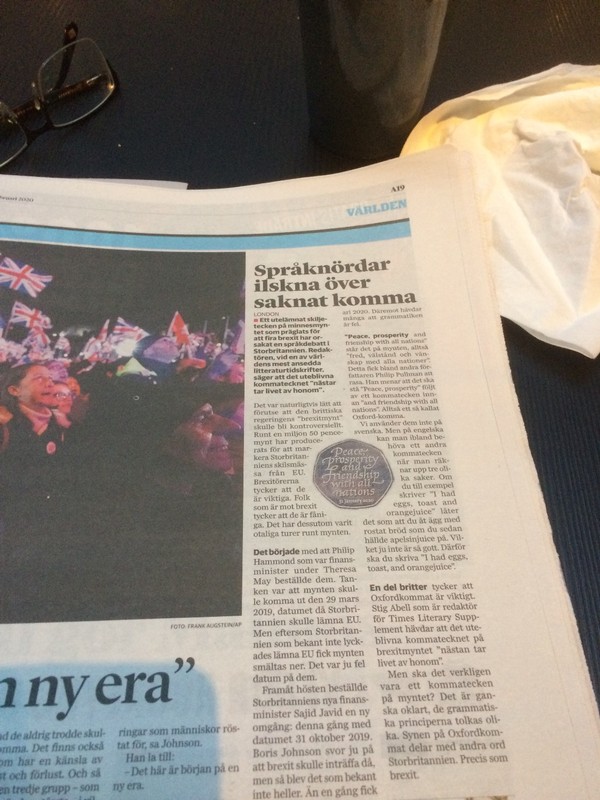 I had no preconceptions about Malmö. I did very little research before my trip.

I did not need to. The main reason for going was to be outside Little Britain when it left the EU. I could have gone anywhere. Malmö was accessible for a 2 night stay, plus I could take in an ice hockey game from one of Europe’s top leagues 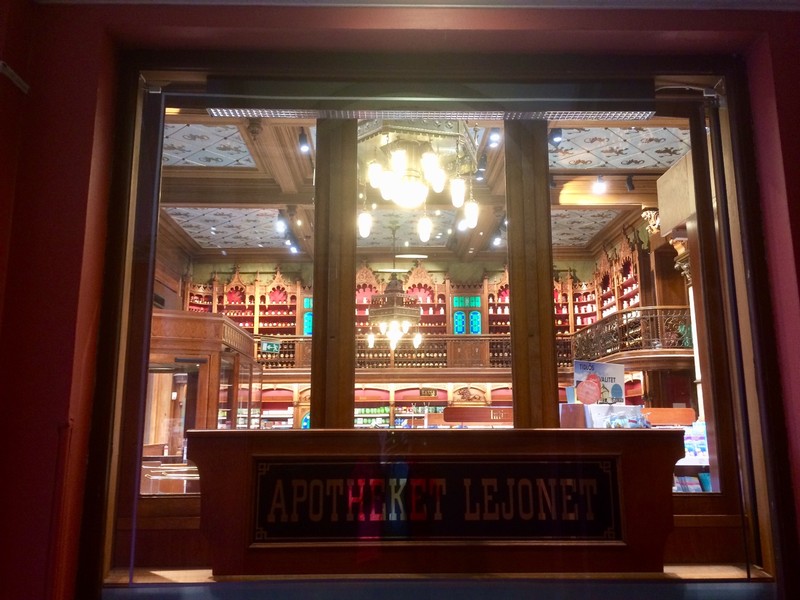 What did I find?

A pleasant and relaxed city, with plenty of charm, but without any of the pressures of mass tourism. It was pretty much ideal for my 48 hour escape. 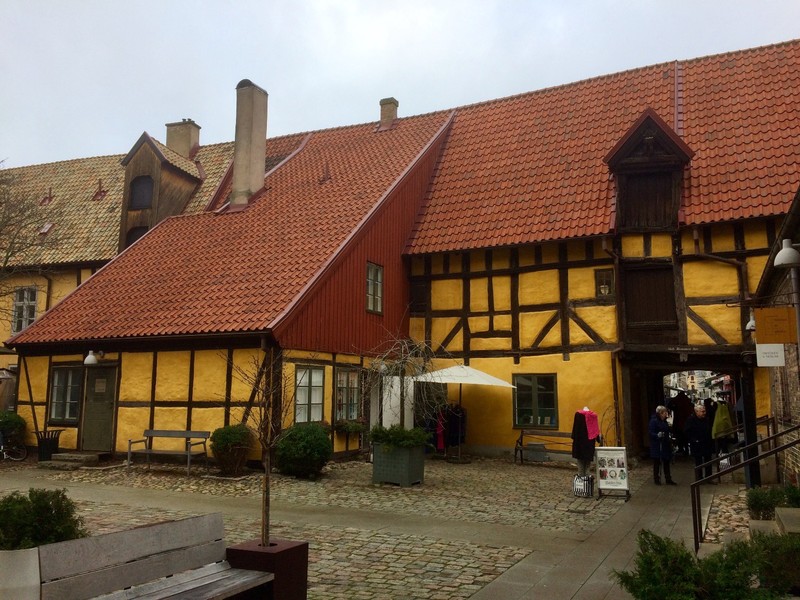 I was right about perceiving it to be accessible. It is as easy to get there from Copenhagen Airport as Copenhagen is! All my travel arrangements were smooth.

I found a great deal with the hotel I chose - the Radisson Blu. I have blogged about it already. 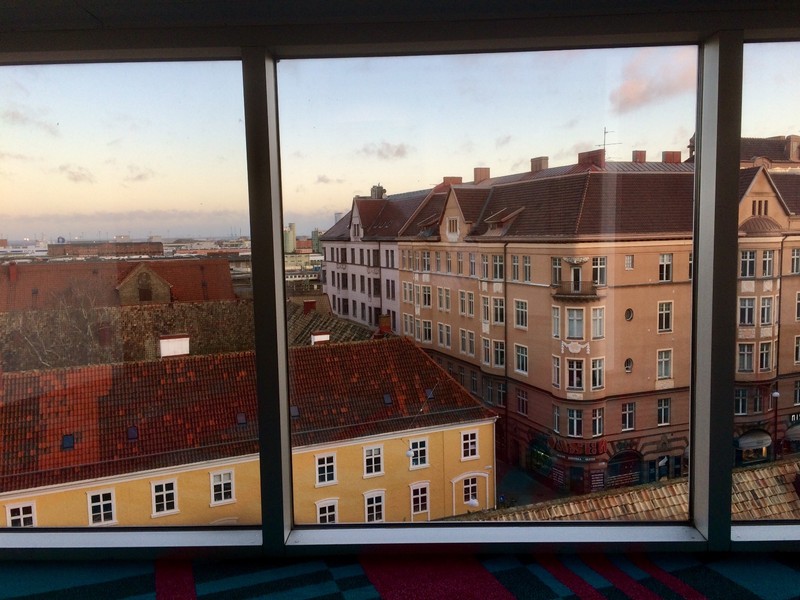 Perhaps I was lucky, or perhaps my expertise shone through, but all my food experiences were excellent. The hotel buffet breakfast was a great start! I ate Italian, Greek, Vietnamese and Swedish - they were all delightful. 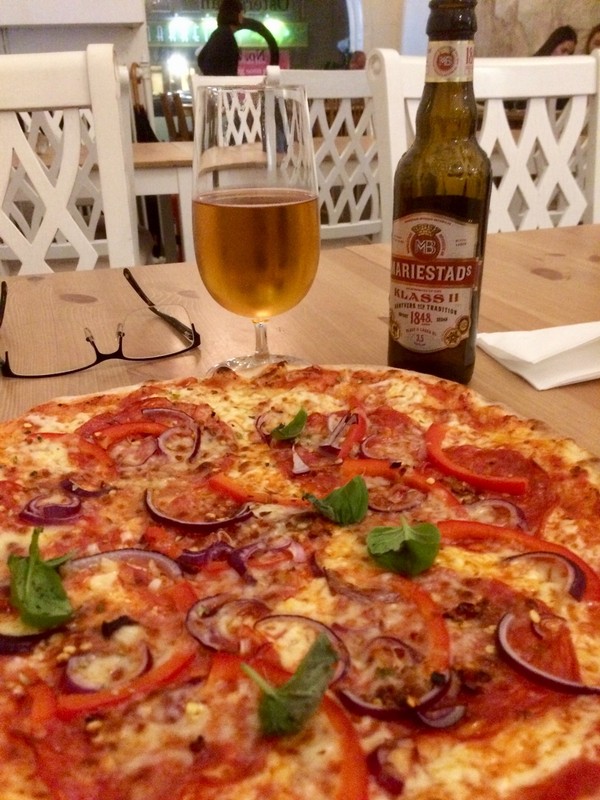 The city centre is pleasant to walk around, with a variety of architectural heritage. It has plenty of pedestrian only areas. I enjoyed visiting Malmöhus, and the exhibition on migration in particular. The ice hockey was fantastic - a top class arena, top class teams and a big crowd. 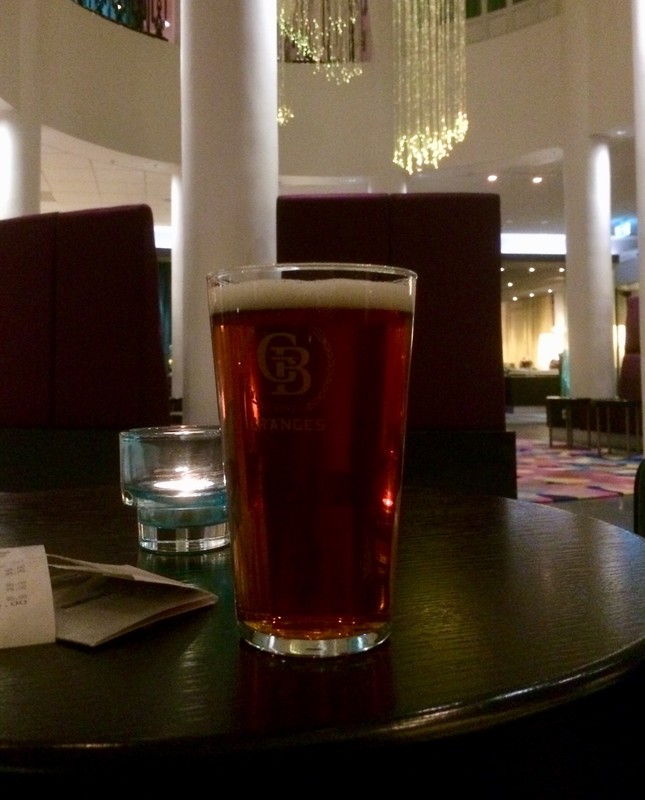 Would I go back? Yes. 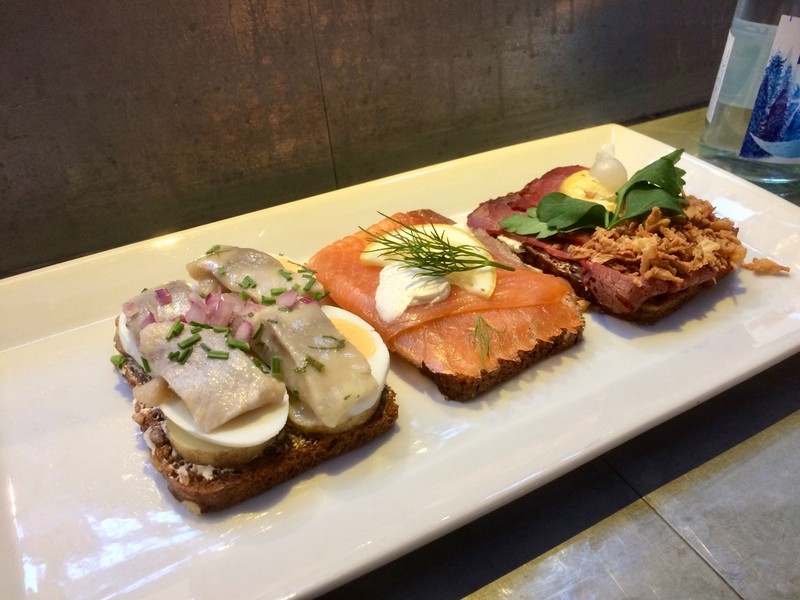 To get to Malmö I flew from Edinburgh to Copenhagen with easyJet. Flight time was 90 minutes (a little slower going west) and it cost £107 return. I only needed hand luggage for a 2 night trip. 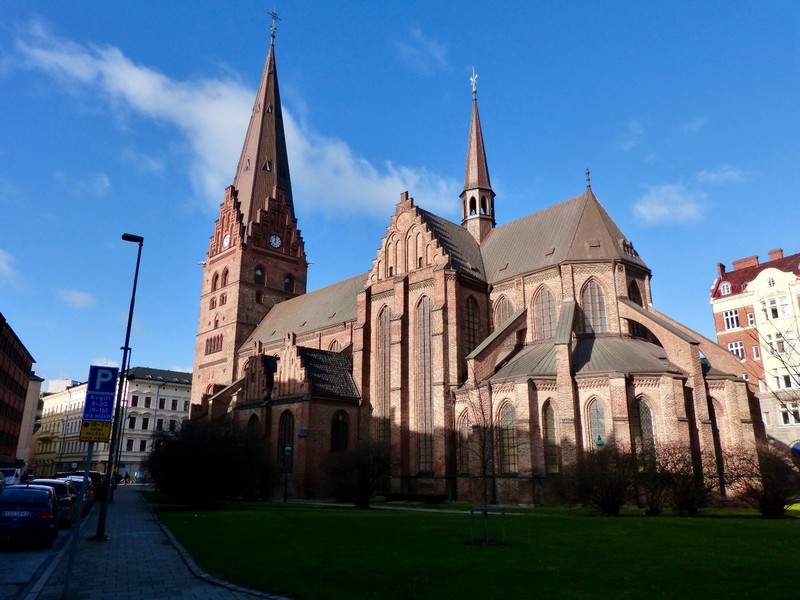 When you go to buy a train ticket at Copenhagen Airport, the first thing you see is a large row of automatic Danish Railways (DSB) machines, with a queue management system. It is well set up, with helpful staff to assist customers who are struggling.

Less obvious (and so less busy) are 2 Skånetrafiken machines close by which will also sell tickets for the Oresundståg. They are also red, and stand next to a couple of green SJ machines - the Swedish Railways ones. Skånetrafiken seems to be the regional transport - trains and buses - operator for Skåne, where Malmö is located. 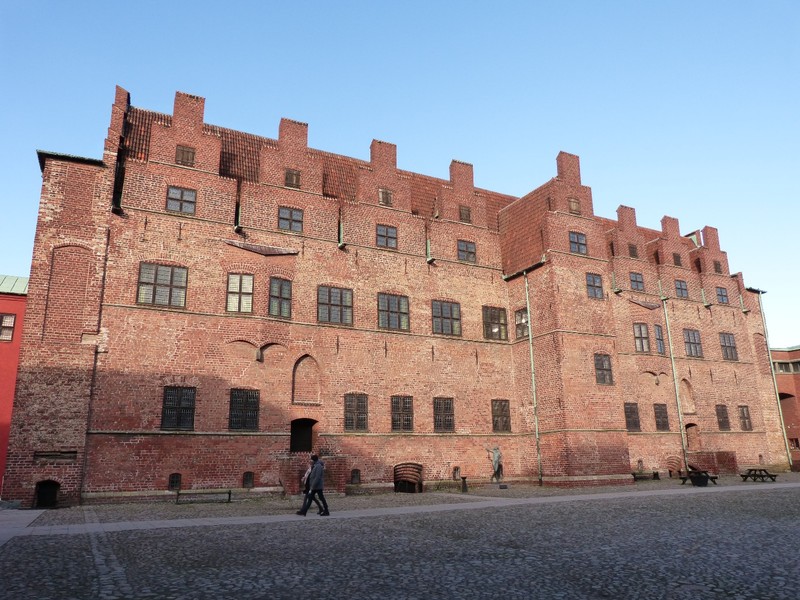 I stayed at the Radisson Blu in Malmö. It cost SEK1,760 (£141 or €166) for the two nights, inclusive of their superb buffet breakfast. The room was massive and I am not sure if that is what I booked, or if I was upgraded.

The hotel was excellent in all kinds of ways - staff, comfort, location, for example. It is an 8 minute walk from the station, and in the centre, but the location is quiet.

One of my reasons for choosing Malmö for a weekend away at the end of January was to see the local ice hockey team play Luleå. The Swedish league is one of the best in Europe, and Luleå were top. 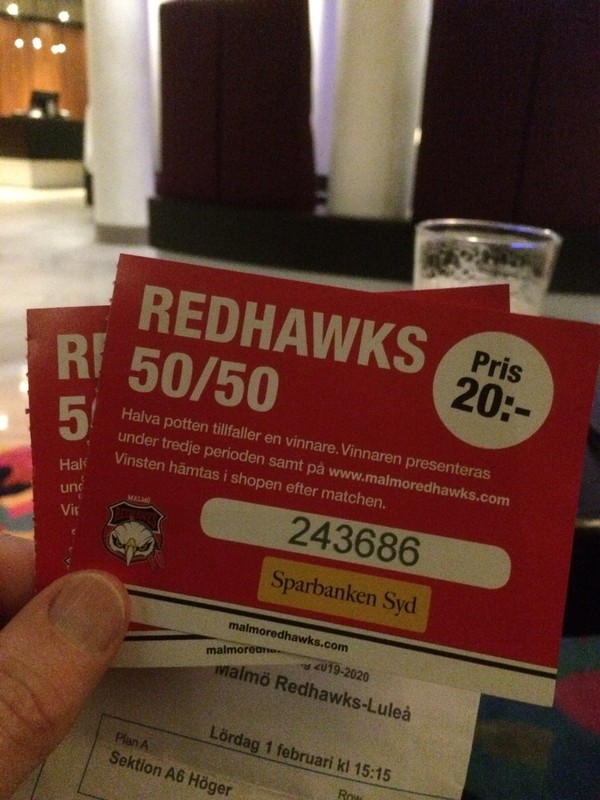 My ticket was super cheap at SEK100 (£8 or €9.47) for a seat on the behind the Luleå bench. I did not understand the details, but it seemed to be a special charity fundraiser match, so I guess prices were reduced. 12,600 took advantage, so the atmosphere was great. So was the game.

The arena is excellent, and easy to reach from the city centre by train or bus. I did not try their food and drink, but they had plenty on offer. 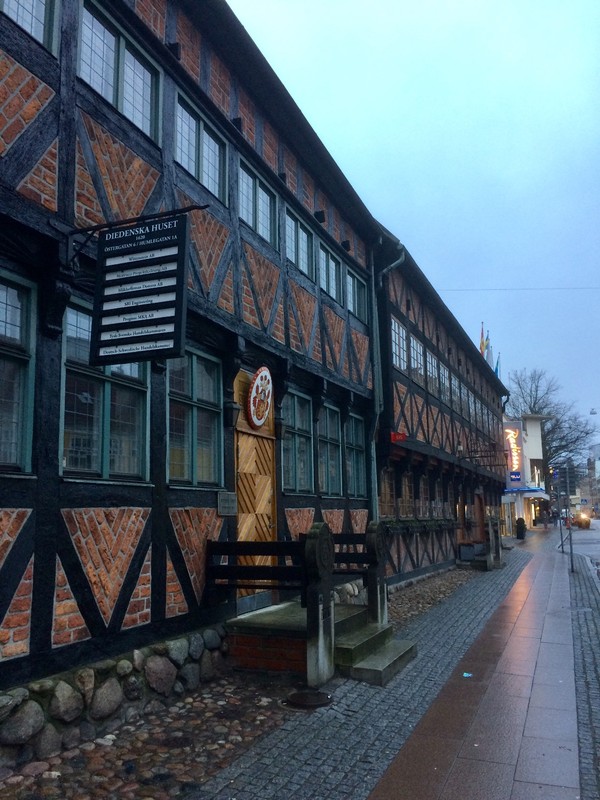 I really do not remember how I came to choose the Radisson Blu for my 2 night stay in Malmö. Location? Price? Brand?

Certainly the first two possibilities turned out well. The cost for 2 nights was SEK 1,760 (£141 or €166) including breakfast, and I was upgraded to a junior suite! The city centre location, close to the railway station, was ideal. 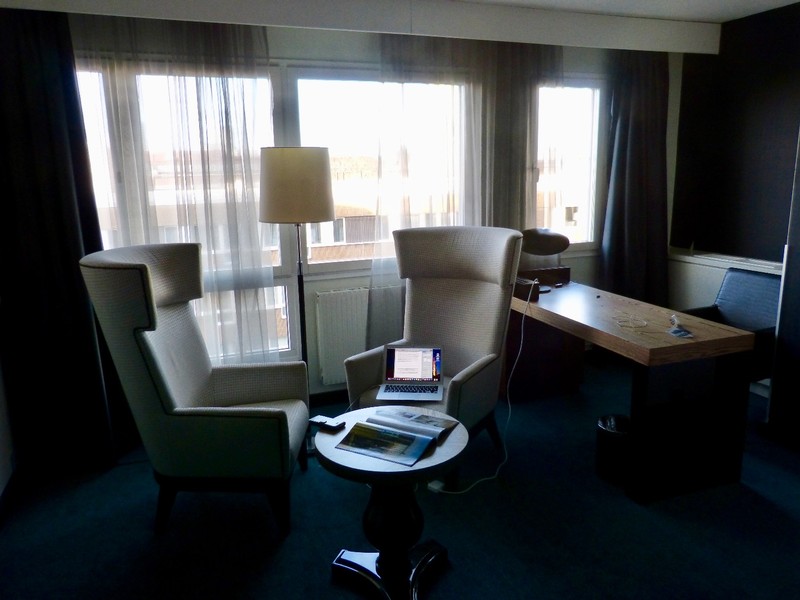 In the 1990s when I travelled a lot for work, it was always one of my favourites. In those days it was SAS, and part of the airline. Then it was Radisson SAS, and now it is Radisson Blu.

I remember stays in several of the SAS hotels in Copenhagen, plus the Royal Viking in Stockholm and one in Oslo. 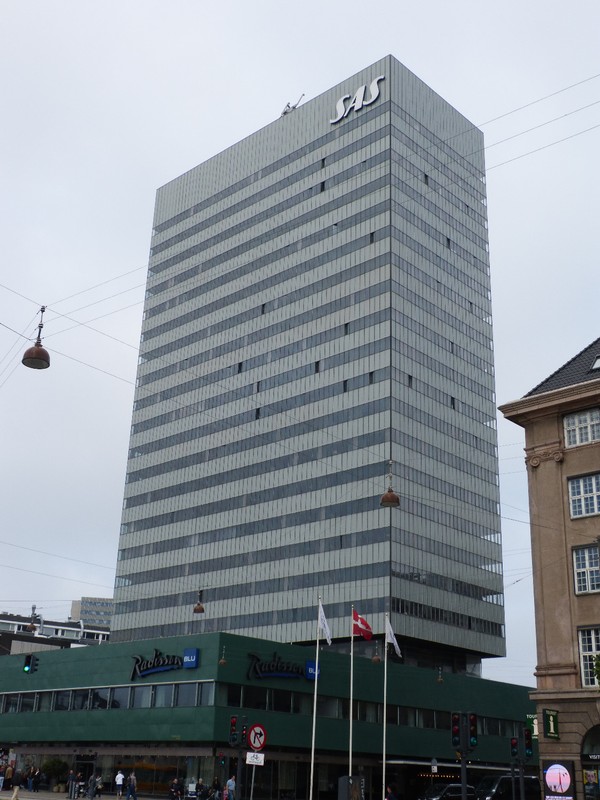 Their London hotel was my first choice there, and an oasis of style in a city which is full of 3rd rate, overpriced hotels. The Brussels SAS was excellent too, but it had plenty competition. The Amsterdam SAS was a real favourite too.

However, it was in Lithuania, Latvia and Estonia where they really came into their own for me. I was reminded of this by a set of articles in the in-house magazine in my room in Malmö.

They invested in privatised state hotels very soon after the Communist walls came down. The Astorija in Vilnius was one of their first. Having stayed there in 1993 when it was state run, I knew how much had to be changed - pretty much everything. 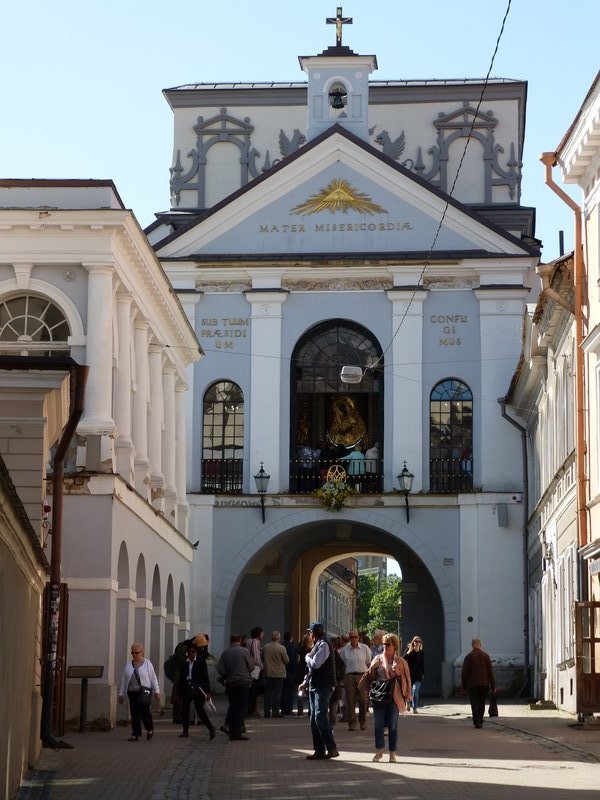 They now own the Lietuva in Vilnius too, which I have never stayed in. However my firm represented the government in its privatisation so it will always be special for me. 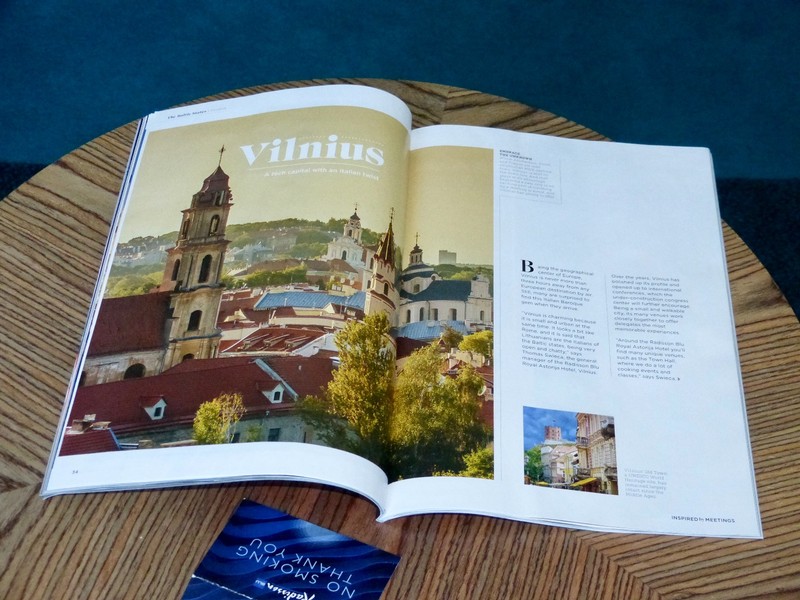 In Rīga, the Daugava was their first. I stayed there several times. The location just across the river from the city centre was ideal. The walk across the bridge was the perfect way to leave a day’s work behind. 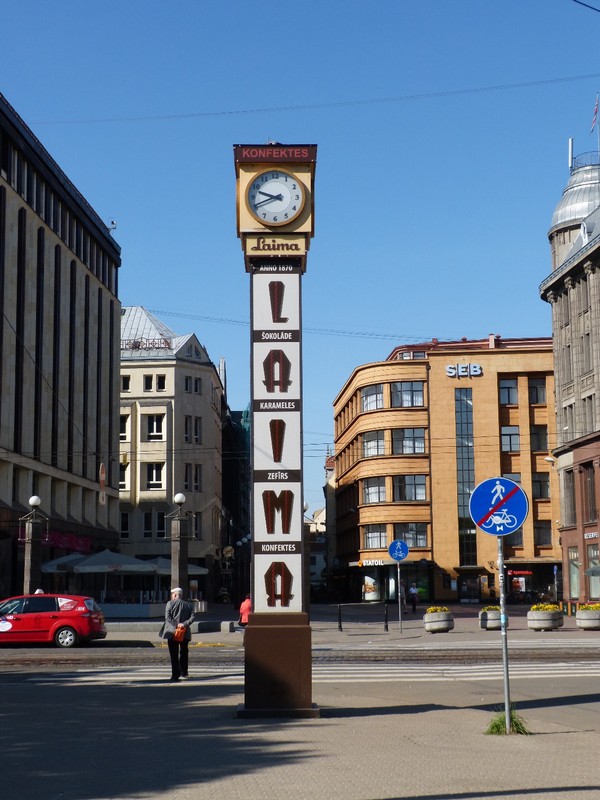 I see they now own the Latvija too - the former Intourist high rise.

Their first hotel in Tallinn was one of my stopovers. I do not remember it’s name. It was a boozy trip. Thanks, Aivar. 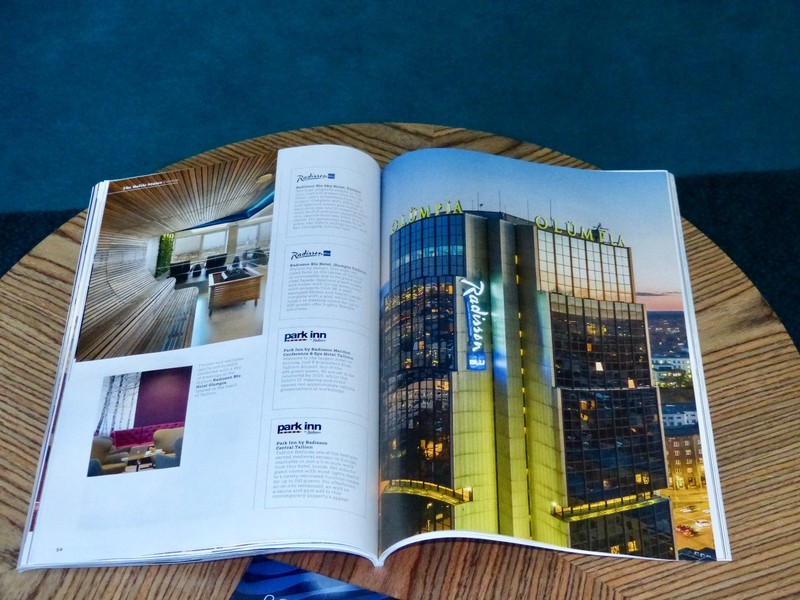 I see they now own the Olümpia too - another former Intourist tower block, built for the Moscow Olympics. The yachting events were held in Tallinn. My stay in the Olümpia was much more sedate. I had 7 meetings in one day, so I had no time or energy left for getting into mischief. 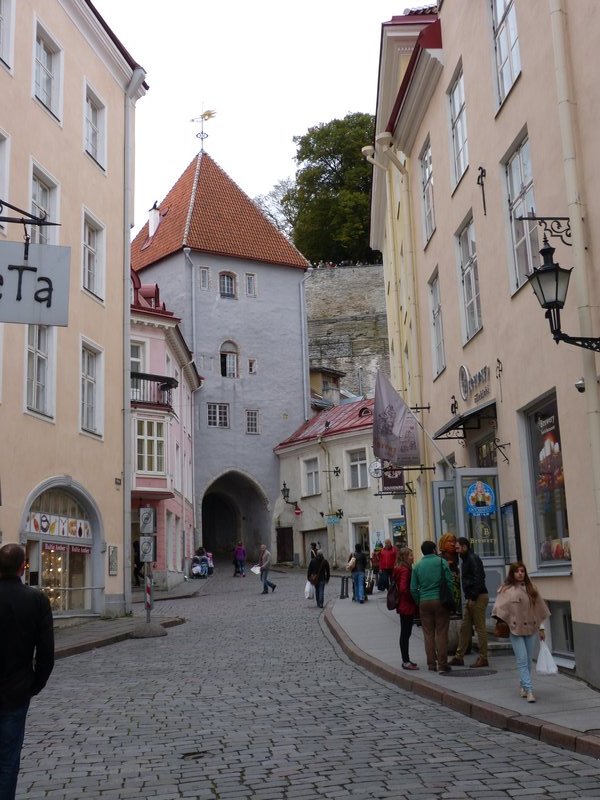 Well guys, thanks for bringing back some memories as well as helping to create new ones.

(As a wee footnote, and declaration of interest, I worked in hotels quite a bit when I was a student and eventually reached the dizzy heights of being manager of a small beach motel in Westhampton Beach, Long Island. It has made me a very critical hotel guest! If I praise someplace, it is well earned.) 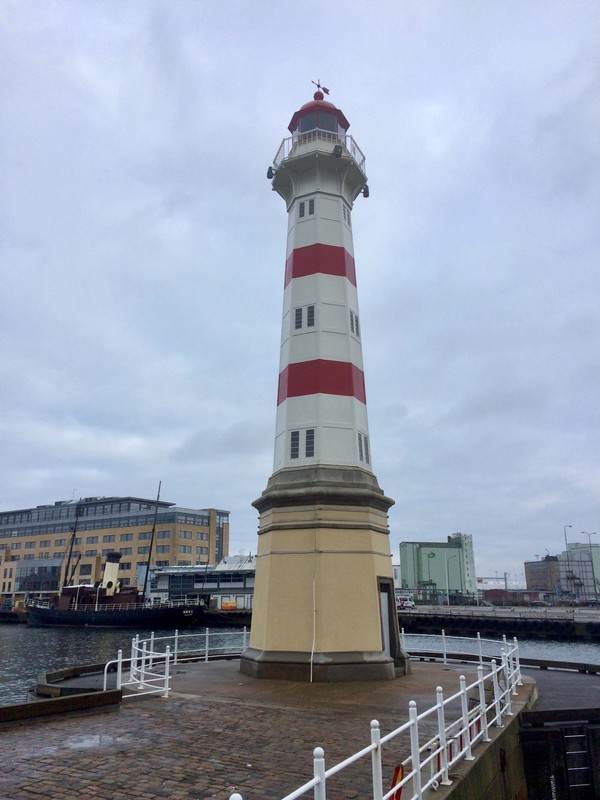 My diversion therapy continued in Malmö on 1st February, and the plan worked. 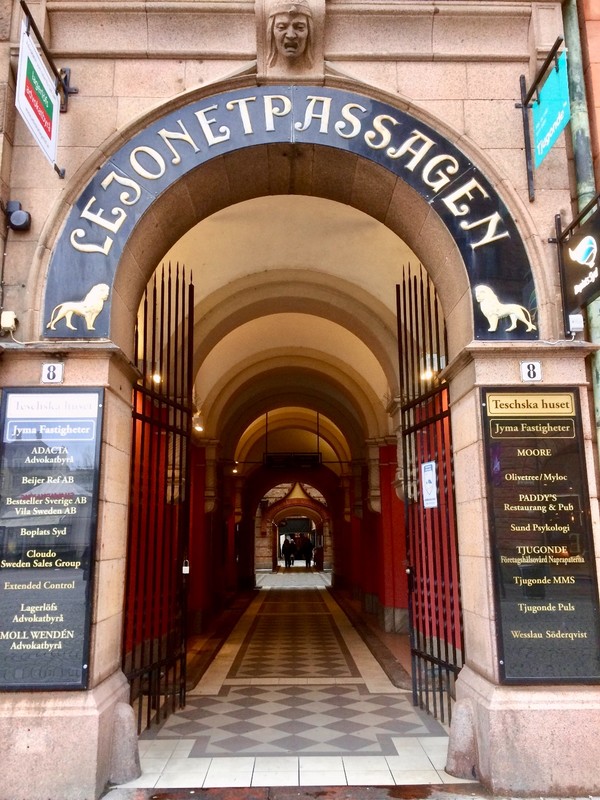 I did some gentle sightseeing in the morning. I had no preconceptions about the city ahead of my first visit, and did very little investigation before my trip. The city centre is very relaxed and pleasant. I enjoyed my wanderings. 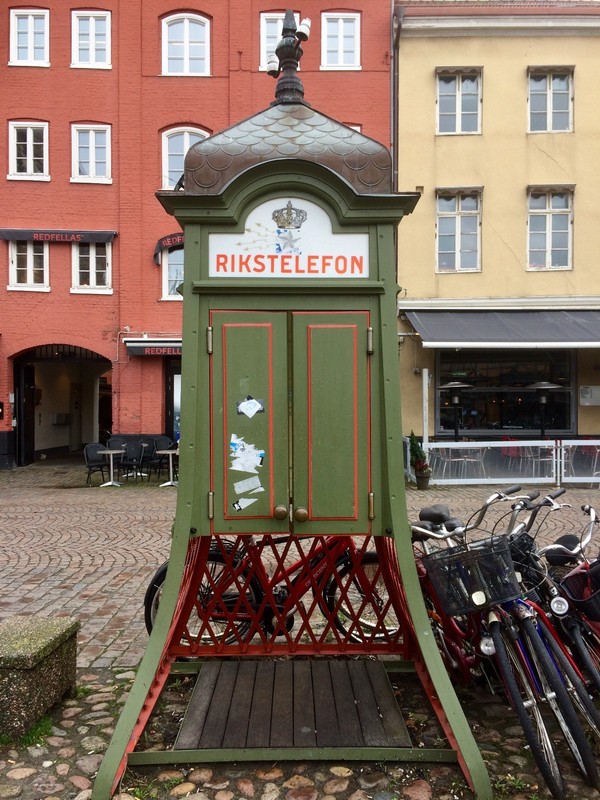 The main event was ice hockey in the afternoon, however. Malmö v Luleä. The Swedish league is one of the best in Europe - it produced 3 out 4 semifinalists in the Champions Hockey League this season. Luleå are top of the table. 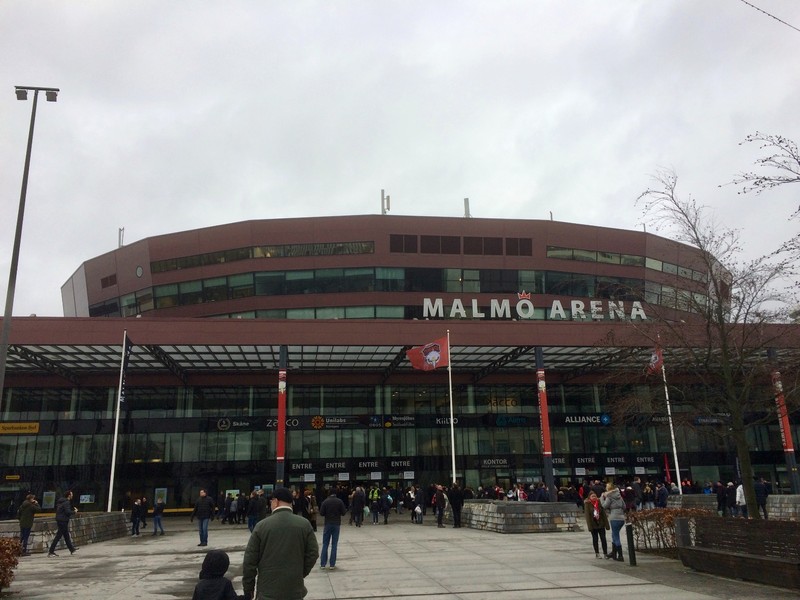 It was fast and spectacular, in front of 12,600 fans. Luleå won 3-1, so most of the fans went home disappointed. 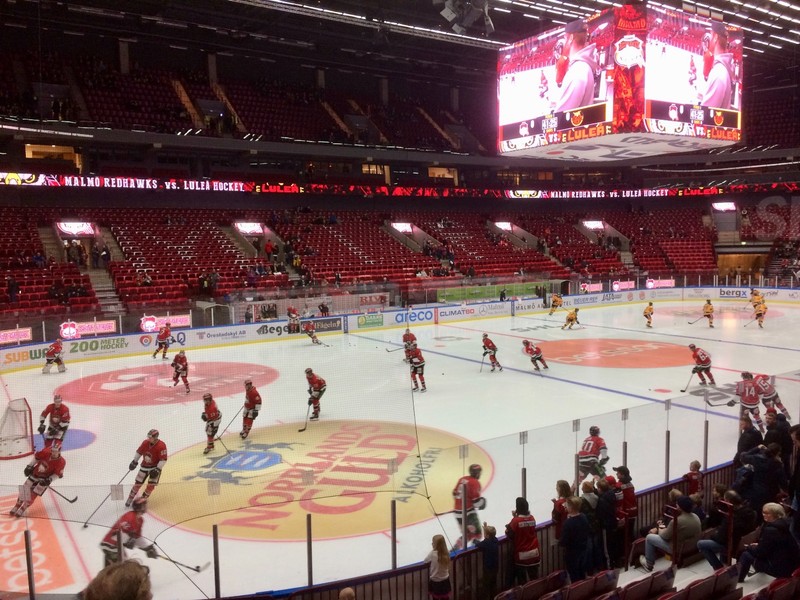 Other highlights were the hotel breakfast (continental option for me, obviously), a Greek gyros for lunch and Vietnamese noodle salad in the evening.

The Swedish have a reputation for being a bit dour. Well, they are not when they go to ice hockey. If you want a flavour, play the clip in the link and listen to the commentary! 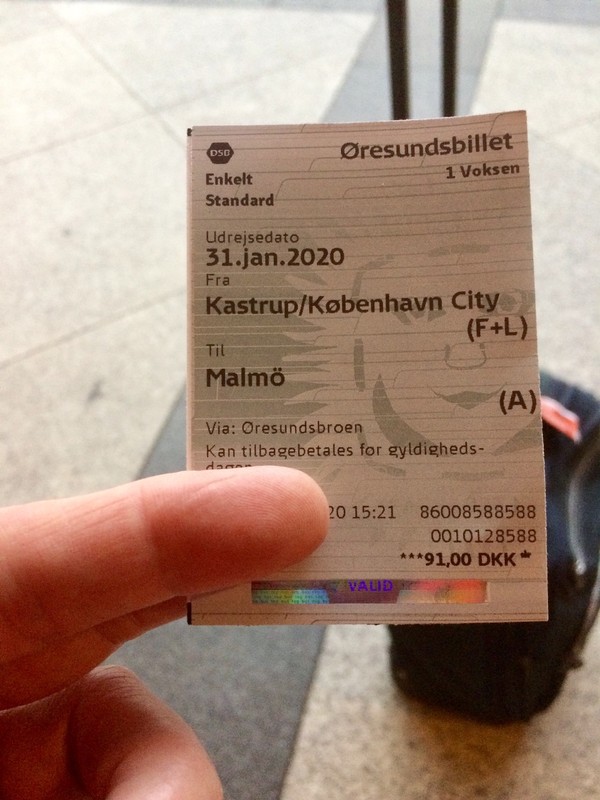 Thursday night (30th January) was tough. I had been diverting myself all week by keeping busy at work, and with other stuff at home, but that night the barrier collapsed. 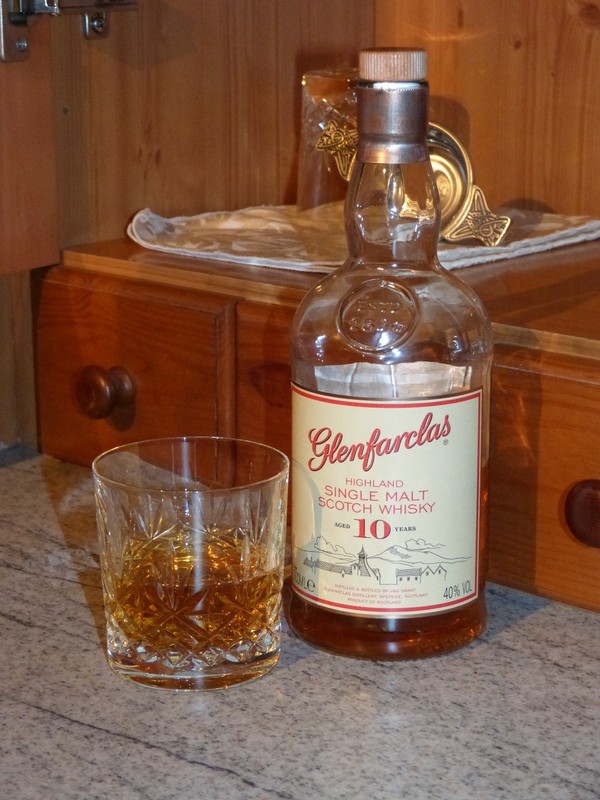 Yesterday (31st) was better, with more diversion therapy. I took a flight to Copenhagen, and from there took a train to Malmö. I have never been to this part of Sweden before, unless you count passing through on a sleeper train from Stockholm to Copenhagen.

My mood was helped by the hotel - Radisson Blu - upgrading me to a junior suite. 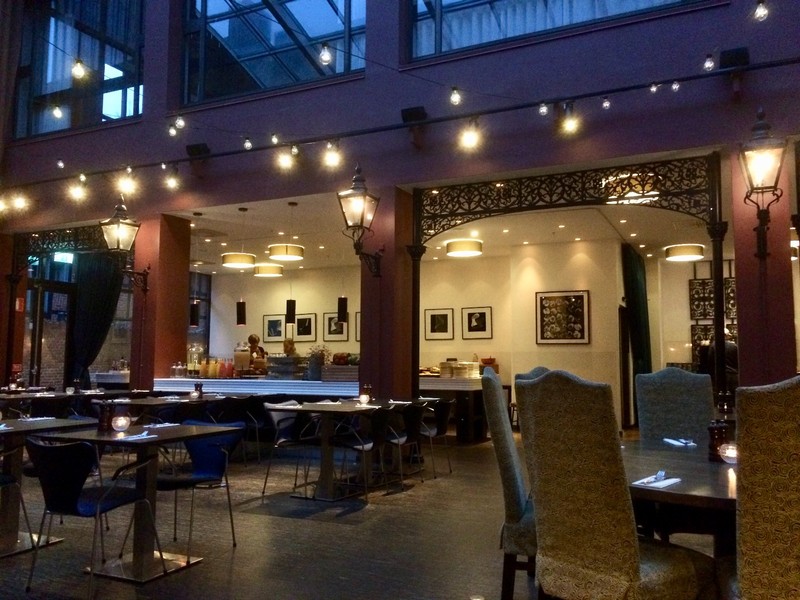 After settling in I went to find something to eat in the dark, in a strange city, and in drizzling rain. I was half expecting to end up at a fast food place, but only 100m away I found a great wee pizza restaurant. 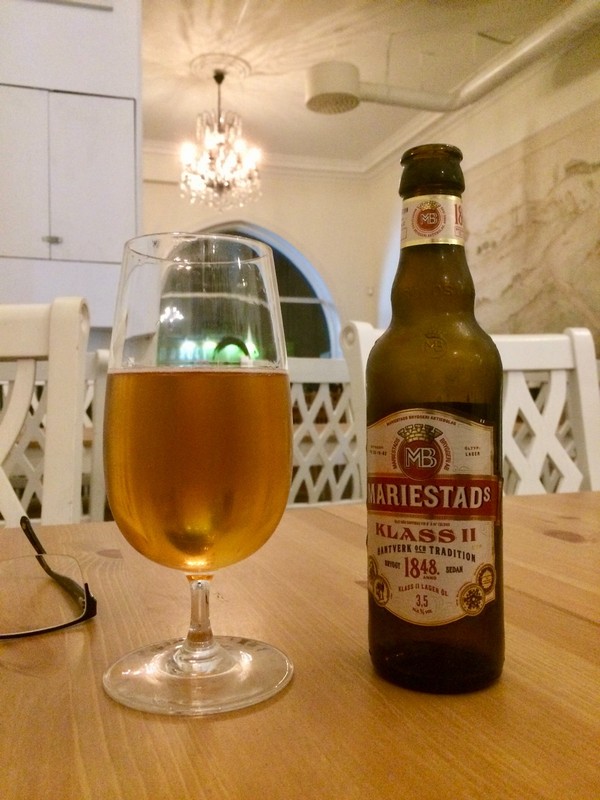 Excellent food and friendly service. My mood lifted even more. 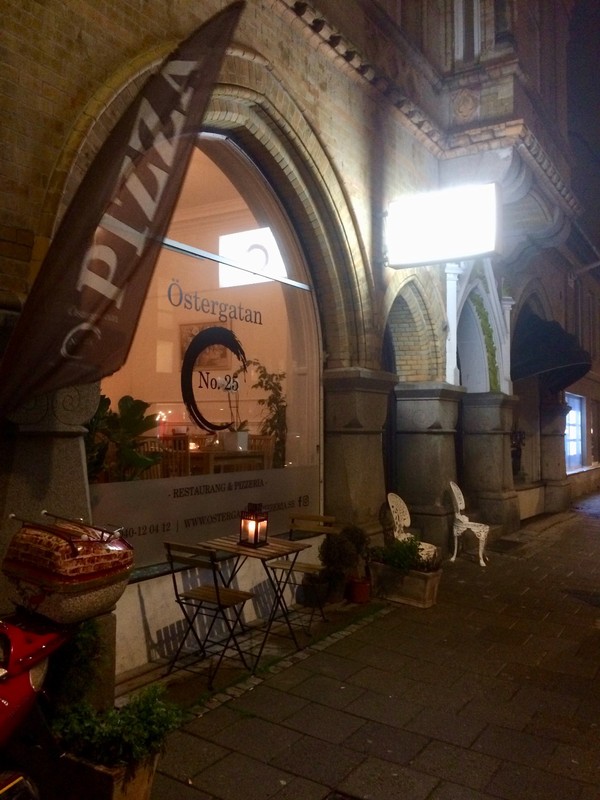